On Saturday, November 25, 2017, a conference on “Diaspora Dialogue Day” was held in the center of the North Rhine-Westphalia of the Federal Republic of Germany in Cologne. Among the attendees were the Deputy Mayor of Cologne Ralf Heinen, German State Secretary Serep Guler, Kosovo Economic Development Minister Valdrin Lluka, Albanian mayors, Albanian and Kosovo Ambassadors, and Honorary Consul Anduena Stephan and many representatives from the Albanian Diaspora. Certainly, in an event of such magnitude, could not be missing the President of the Republic of Albania, Mr. Ilir Meta.

As Honorary guest and principal speaker, Mr. Meta began his speech by pointing out that he could not miss this activity for three reasons: firstly, because it is held in Germany, the engine of Europe’s development nowadays; secondly, because it takes place in the Westphalia region, the Land with the largest population in Germany and with a tremendous development potential; and thirdly, due to the significant presence of the Albanian diaspora in this country.

The President emphasized that increasing opportunities for a more useful and effective dialogue with the Diaspora also increases the potential for the latter to have a greater impact on Albania’s development, prosperity and European integration. Also Mr. Ilir Meta emphasized the promotion of identity, heritage and Albanian language through joint activities with Albanians from Kosovo, Macedonia, Montenegro, Presheva, etc.

A special attention was given by the President to the provision of services to our compatriots and some of the improvements that have been made in this regard, including digitalized services, singling out bilateral agreements on mutual social protection, such as that already enacted with Germany .

Sponsors of this conference were the Electronic Money Institution EasyPay Albania, and Ria Money Transfer, whose digitalized services have made it possible to create a continuous dialogue with the Diaspora, thus becoming a good communication bridge. 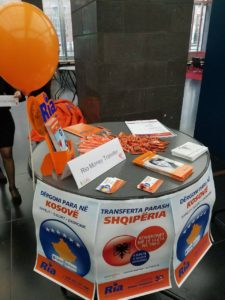 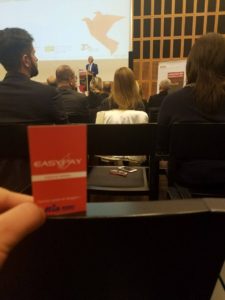 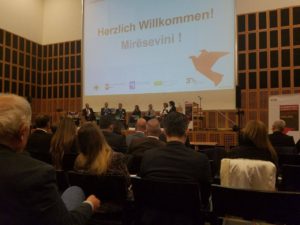 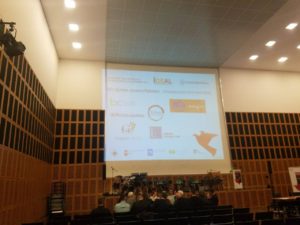