Mrs. Lindita Shomo, Executive Director of Easypay gave a speech to the 3rd Edition of Imagine Cup Competition 2014, organized by Microsoft Albania, in cooperation with Ministry of Innovation and Public Administration, Ministry of Education and Sports , with the support of USA embassy in Albania.
Easypay has been one of the first companies to support such event since its first launch, aiming to promote innovation in ICT sector in Albania.
In the last year edition, Imagine Cup 2013, Easypay was not only sponsoring the event but it has also employed all the winning team of that year.
This shows that Easypay continues to promote innovation and youth employment in Albania, both priority issues of the Albanian government.
Mr. Endrit Ali, representing the winning team of 2013 and same time representing Easypay, gave also a speech, trying to motivate this year’s participants to give their best in ICT and innovation sector in Albania. 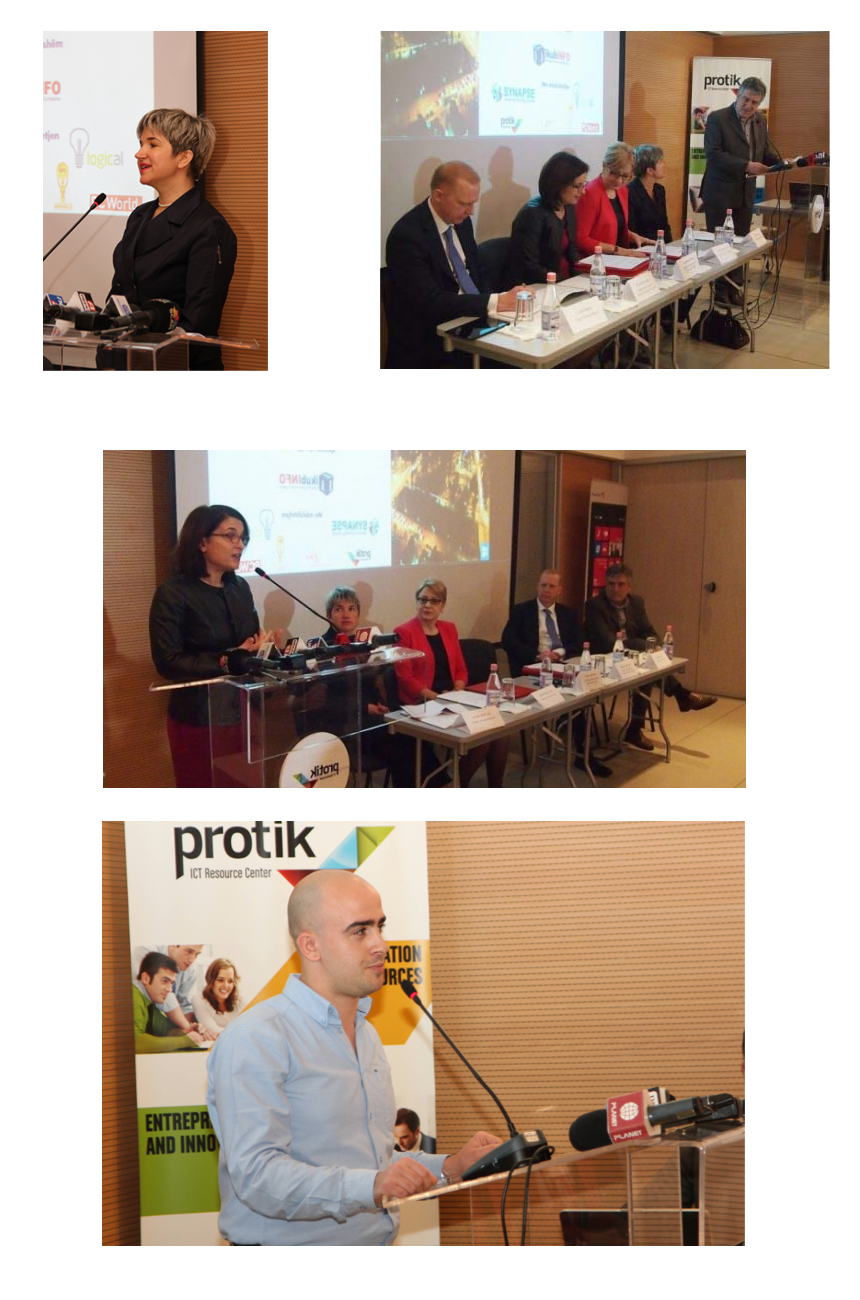