EasyPay – One of the Top 3 Companies for Financial Inclusion in Europe! 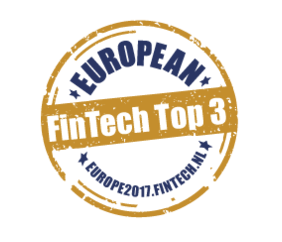 EasyPay becomes the first Albanian company to get nominated in the European FinTech Awards and one of the Top 3 companies for Financial Inclusion in Europe. The European FinTech Awards is the place where innovative and disruptive companies are awarded by a top-notch jury panel. To break it down, the importance of these awards for the FinTech Sector is the same as The Oscars for the Film Industry.

After a dedicated campaign that involved Albanians all over the world, but not only, EasyPay managed to rank on the Top 5 in the online voting, and one of the Top 3 in the Financial Inclusion Category, based on the online voting that held 25% of the weight and 75% from the decision of the judges.

The panel of judges for the EFTA consists in some of the leaders of the financial sector in the world, from institutions such as Citi Bank, BNP Paribas, European Commission, HSBC, VolksBank, Uber, Lloyds banking Group, Unicredit Group, Allianz Group etc.

The Awards ceremony will take place in Brussels on the 27th of September, where EasyPay will have VIP access during the ceremony but also at the preconference which will be held on the 26th. Partners and investors that will participate on the ceremony and preconference include Intellect, Societe Generale, Birdee, B Hive, Microsoft, Deloitte, Mastercard, UBS, Barclays, Santander, Bitcoinist.net etc.

This event will be key for the expansion of EasyPay beyond the country, as well as the recognition of Albania in the innovation sector internationally. This might even attract foreign investors in the FinTech Industry in Albania.